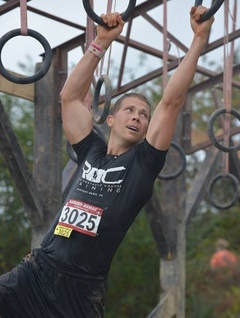 Lucas is the director of operations for R.O.C. Training and serves as the Head Coach of ROC Functional Fitness.  Lucas joined the ROC team with over 15 years of functional fitness training, including strength training and high intensity interval training with a concentration on mobility and flexibility. He has a Master’s Degree in Sports Science and Coaching and has been working in collegiate athletic administration since 2002.  Lucas has competed in obstacle course races since 2014, including Spartan races, Tough Mudders, Rugged Maniacs, and Terrain Races and was a top finisher in a Fitathlon competition in 2014.  He completed his first Spartan Trifecta in 2017, and qualified for the OCR World Championships. 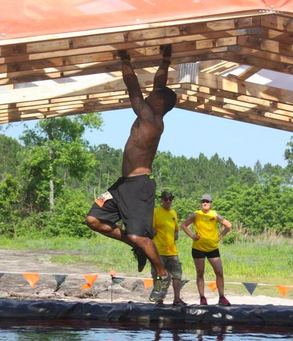 ​​Andrew (“Drew”) began coaching on the ROC staff after 8 years of military service as a U.S. Marine. He maintained a First Class rating in both physical and combat fitness testing throughout the duration of his enlistment. Drew is trained in mixed martial arts, boxing, Muay Thai, submission grappling, Jiu Jitsu, and was a Black Belt Instructor in the Marine Corps Martial Arts Program. He previously worked as functional fitness coach at Onelife Fitness in Newport News, Virginia from April 2014-October 2016 and has a diverse background in physical fitness that includes Crossfit, TRX (Total Body Resistance Exercises), powerlifting and strength training, as well as HIIT and interval training. Drew has also competed in several OCR races since 2012.

Adam is the general manager and primary owner of ROC overseeing the daily business operation of the company.  He is a certified Spartan SGX coach with a life-long history of both individual and team athletics. He received his Doctorate of Pharmacy in 2011 from the Medical College of Virginia at VCU after majoring in chemistry at the University of Tennessee in Knoxville.  Adam has competed in multiple road races and has since transitioned into obstacle course racing, completing his first Spartan Trifecta in 2016. Adam also finished 4th overall in the 2016 Virginia Fall Rugged Maniac earning a bid to the 2016 OCR World Championship. In 2017, Adam completed a Double Spartan Trifecta and again qualified for the OCR World Championships. 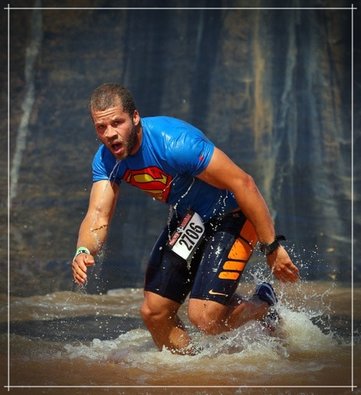 Dexter has run 15+ OCR events, focusing on moving up the ranks in the Spartan Race Elite Wave. Also a member of the Peninsula Track Club, Dexter enjoys using road races as a good hard effort to enhance his run training and often places in his age group.
​
While HIIT is Dexter's favorite form of exercise, getting demolished in his first competitive OCR event led Dex to study and practice what it takes to become a strong runner. He looks forward to helping the ROC Athletes improve their speed and endurance.